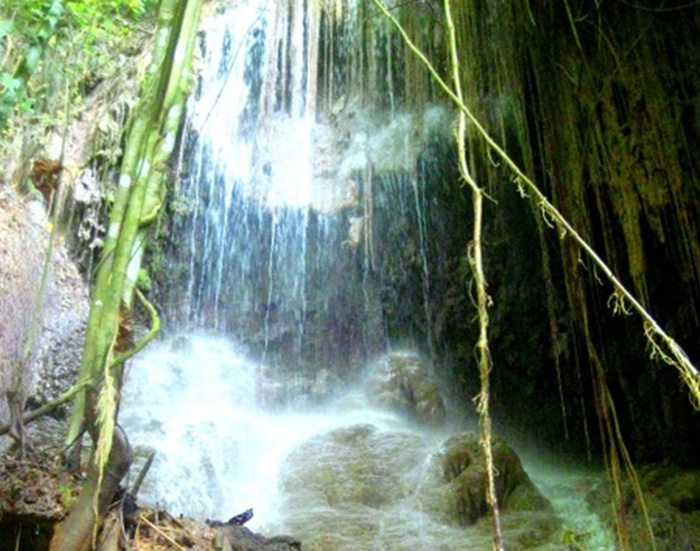 Many years ago, only few people lived in this place. One house was very far from the others. In a little slope, there lived an old maiden named “FRANCISCA”. She lived comfortably alone in her small nipa hut. Five meters away from her hut was a source of water which was very clear and clean. The people began to widen the surrounding of its source and cleaned the place. They placed some big flat stones around the surface so that many people can be accommodated. When people from the neighboring places like Sitio Llawod, some parts of Santa Cruz, Tawid, Suba and even from Poblacion heard about this, they began to climb up to wash their clothes and used it as source for their drinking water. When someone asked where they had washed their clothes, they often answered “There in Ca-Isca’s Water”. This name was used by anybody who had visited the place.

Time came when there was a creation of barangays and this place was recommended as one. With the able leadership of Late Valentin Felicitas, the Teniente del Barrio that time and with the support of the Municipal Council of the town, the place was recognized and declared as barangay in the name of Casica which was derived from “Ca-Ica’s” water.

Majority of the people living in Casica are engaged in fishing and farming.

ANDA FALLS – Barangay Casica has its own Falls & swimming pool, a perfect place to unwind. The swimming pool where abundant fresh waters abound is from a source of Tinugdan which seems inexhaustible even during summer.

STA. CRUZ FIESTA CELEBRATION – May 2-3. Casica’s annual commemoration of the feast day of their patron, Sta. Cruz, this features basketball leagues, grand discos, Coronation Night, and the parade of beauties in Santacruzan.

KASADYA SA PASKO SA CASICA – A musical variety show initiated by the SK-Casica and BHW-Casica in celebrating the yuletide season.